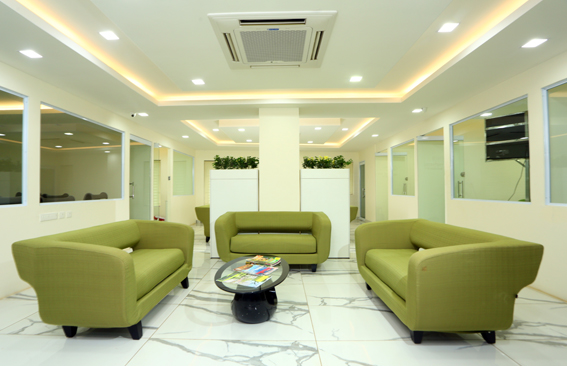 The members are given dividend promptly as per Kerala Co-operative Societies Act. During 2014-15 3854522/-was distributed as dividend to members. As per As was scheme>

Risk fund scheme to give benefit to clear the liabilities of the deceased and sick members in respect of their loans are successfully adopted in the Bank. Gehan system as per section 36A and Rule 51A of Kerala Co-operative Societies Act and Rules is implemented in the bank for speedy disposal of loan applications at low registration cost. Proper Deposit guarantee scheme is also there to ensure security of the deposits given by the members.

The area of operation of the society is the rural area of the Chakkittapara Grama Panchayath. The Farmers Information and Commodity Trading Centre run by the Bank with the help of NABARD provides information regarding all the agricultural activities to the public and renders assistance for their online trade of agricultural produce. Internet facility and Free Wi-Fi facility are available to the farmers of the area.

The scheme assisted by NABARD named Kozhi Gram is also adopted by the Bank for the rural development of the Perambra Block Panchayath  in which the Bank functions. This scheme is for on-lending to Poultry (Layer) and Poultry (broiler) farming to the Joint Liability Groups. Under this scheme  13750 birds for poultry units were issued and 6187500 eggs were collected from the poultry units for marketing during 2016-17. 550 cages the poultry farming were distributed to the rural public.Egg sale worth Rs 43312500 has been made through scheme of Kozhigram.

Four Farmers Clubs are run by the Bank under Vikas Vahini Volunteer of NABARD. These clubs conducts study tours with the assistance of the Bank. Out of these clubs one club is having women members only.  One club namely Viswamithra  Farmers Club got Best Club Performance Award in kerala for Farmers Club given by NABARD

The Bank has conducted 4 day study class of Indian Institute of Space Science and Technology as regards space science for the students of High Schools in the area of operation of the Bank. 200 students have participated in the classes.

The library run by the bank has more than1000 books now. The books include world classics and reference books. The members of the bank as well as the public use the library well. As the rural area has no sufficient public transporting system the bank operates two buses for shuttle service for public conveyance from Chakkittapara.  Rs 5000000/- has been spent for these buses.The bank implemented a scheme for constructing sixteen houses for the poor people through the Pulari Foundation a charitable society organized by the Bank. Common good fund is used for such charitable activities. Rs2750000/- has been spent for the purpose so far.

As the part of Tourism development activity a scheme named Green Holidays Kerala is also adopted. One tourist bus is operated for the promotion of tourism with the help of NCDC. 27 tours have been conducted by the Bank under this programme.1125 persons have participated in tour programmes till 31/3/2018.

During 2014-15 and 2015-16 fifty poor patients confined to beds were assisted by the Bank for their treatment. An expenditure of Rs310000/-  has been incurred for this purpose from the Common good fund.The Karshaka Sevana Kendram of the Bank with the Block Panchayath as its service area distributed the following plants and seeds to the farmers during 2016-17

The Board of Management has programmes and plans for the sustainable business and development of the Bank.  The Analysis of Growth of Bank in its business can be seen from the table below.

The bank has started a super market as the programme of diversification of business at the nearby town Perambra with the permission of department of co-operation on 12/06/2017.As on 31/03/2018 sales of Rs 33521826/- has been made in the super market. Besides ,in special festival seasons like Onam and Xmas Bank conducts special market for distribution of consumer goods at reasonable rates as the programme of market intervention.

Farmers of this region are able to purchase manure from the Manure depots of the Bank at Chakkittapara and Perambra depot.  It is notable that an ITI has been started for the public students by Government of Kerala using the building constructed with an expenditure of Rs 60lakhs by us in our landed property and the rent is fixed at nominal government rate. The Consumerfed Thriveni Super Market  is run at our building without any rent for the public purpose. These are the signs of the social commitment and concern for community of the Bank. The Bank is always giving notice to the ecological and environmental aspects. The bank is fully plastic free and eco friendly. Every year we plant trees on June 5th the world environment day.

The Bank is fully computerized and core banking solution is there. There are four  branches for the Bank. The customers of the bank gets fast service from the Bank and are treated as the masters of the Bank always. Considering all such innovation approach the President of the Bank was awarded as the Best Co-operator by the Kozhikode District Co-operative Bank during 2014-15. It is remarkable that 4897 members took part in the annual General Body meeting conducted on 10/09/2017.  As a co-operative principle democratic management is an important feature of the Bank. The election to the Board of Directors was conducted on 25/01/2014. Timely elections were held in the Bank every period.

The Bank is running on profit as per the statutory audit reports.

The above table clearly shows the increase in profit of the business of the Bank.

The Bank is having the modern banking facilities like ATM ,RTGS,NEFT and Money Transfer. RTGS and NEFT facilities have been adopted with the help of IDBI Bank. Money Transfer facility is implemented with the help of Western Union Money Transfer. Bank gives proper and prompt training programmes for the staff and Directors and conducts Study Tours for them. They got training from VAMNICOM Pune, Regional Institute for Co-operative Management, Bangalore, Institute of Co-operative Management ,Trivandrum, ICM Kannur ,KICMA Trivandrum, Agricultural Co-operative Staff Training Institute Trivandrum. These trainings and Tours increased professionalism of the Staff and Directors of the Bank. Members are also given classes regarding innovation and professionalism by conducting seminars and meetings. The Bank belongs to Class  1 Super Grade as per section 80 of Kerala Co-operative Societies Act and is having ISO 9001:2015 certification.

The Bank conducts Group Deposit schemes of 46 numbers now.  The main sources of funds of the Bank for the current activities are share capital of members, borrowings from District Co-operative Banks, NABARD and Deposits of the Public. Rate of interest is 6.25% for Agricultual loans received from KDC Bank. The rate of interest of Non agricultural borrowings is 10.5% to 12%. The Social Welfare pensions  of Government of Kerala in Chakkittapara Panchayath are disbursed by the bank using the service of deposit collection agents of the Bank properly and promptly.

The managing committee has planned to adopt a scheme to install a curry powder unit using the infrastructure facilities of Indian Institute of Spices Research farm at Peruvannamuzhy  in  Chakkittapara Grama Panchayath. Necessary agreement in this regard has been signed by us with the IISR and we got all licenses from concerned authorities for this unit. As the part of Tourism Promotion a solar boating programme in the Peruvannamuzhy dam Reservoir attached to the Kuttiady Irrigation Project is also planned. The proposal submitted by the Bank is under active consideration of Government of Kerala.  As Peruvannamuzhy is an important Tourism Destiny in the area of operation of the Bank we are planning to adopt Home Stay and Farm stay schemes with the help of NABARD in the coming year. It may be seen that no penalty has been imposed to this Bank so far by any regulatory authority as we obey all the Rules and regulations in force.